The Black Stars team has finally released a 27 man squad to face Super Eagles on World Cup playoffs after a long tussle; Ghana had delayed unveiling their squad, which elicited mixed reactions that some pundits attributed to a tactical move from Otto Addo’s men.

A notable figure, captain Andrew Ayew will miss the fixture after serving a red card on Afcon against Comoros while his brother Jordon Ayew is on the list. However, reports suggest that he tested positive for Covid 19. 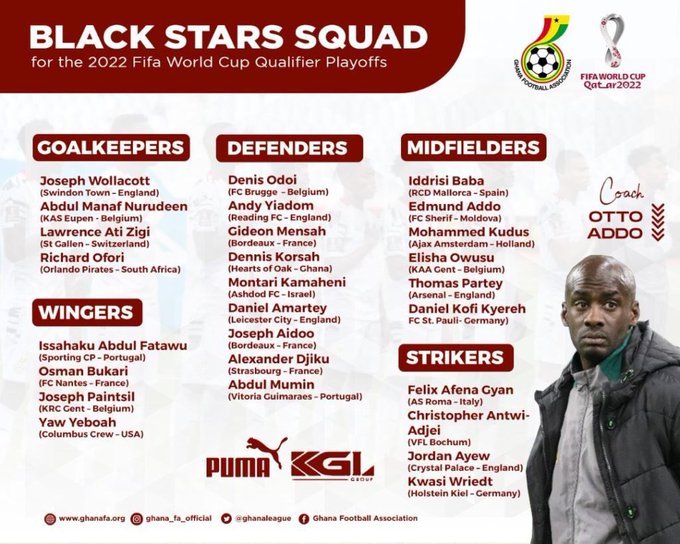 On the other side, Super Eagles boast notable high figures in the dressing room led by Odion Ighalo, Victor Osimhen, Wilfred Ndidi, Ahmed Musa, among others. Goalkeeper Maduka Okoye is expected to keep his spot between the sticks. 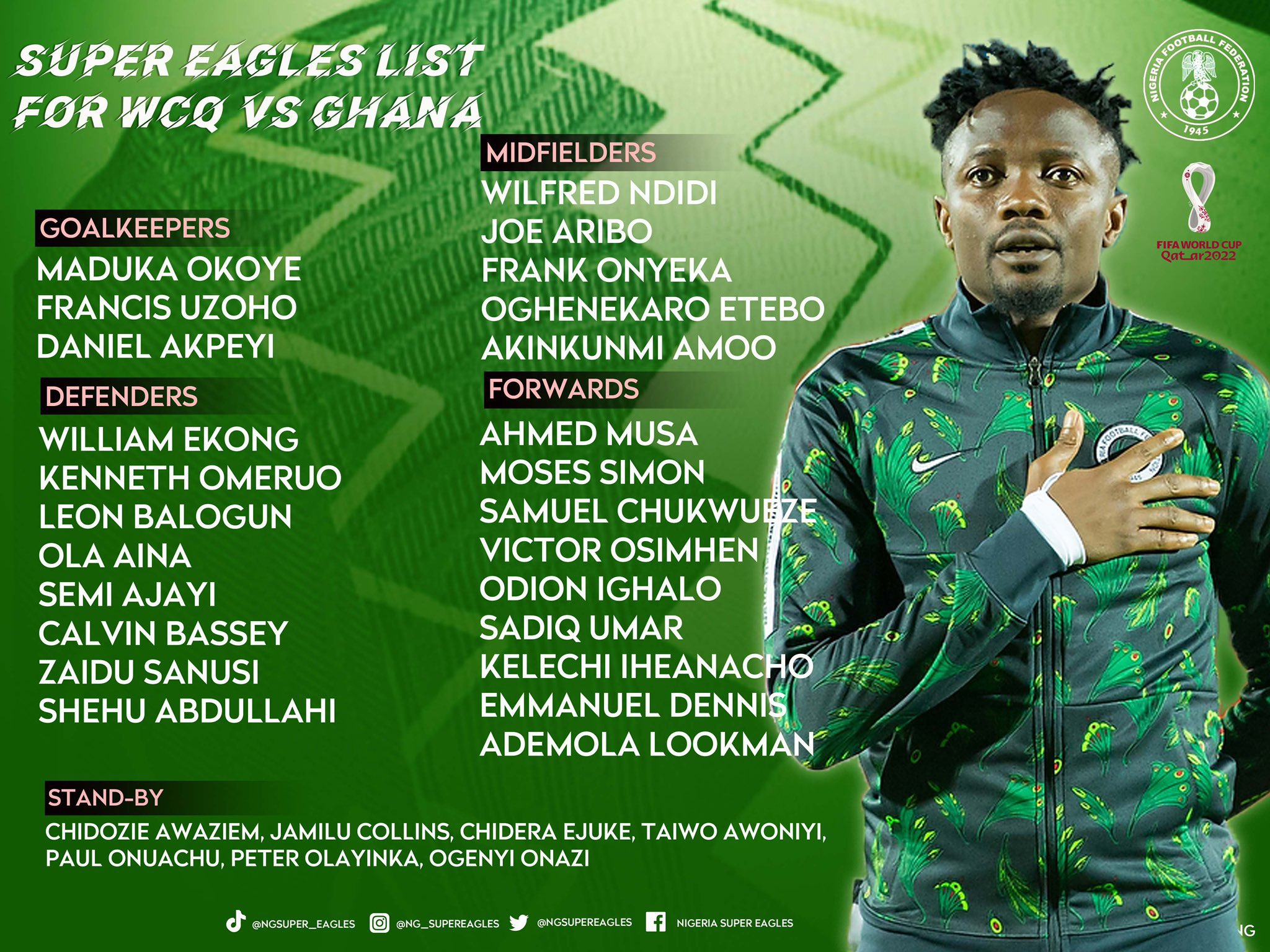 The black Stars will host the 1st leg at the Baba Yara Sports stadium on March 25, later travel to Abuja for the 2nd leg on March 29, 2022.