Prof George Wajackoyah of the Roots Part of Kenya officially launched his manifesto on 30th June 2022. The Roots party manifesto launch ceremony was held at the KICC building in a ceremony attended by several members of the Rastafarian community of Kenya; from the decor set up, Rasta colours were evident. In the manifesto launch, the politician aroused the emotions of Kenya with the controversial plan he has for the country, one of them being the legalization of marijuana which has been the talk among sections of Kenyans.

Wajackoyah has promised goodies for Kenyans from the elaborate plan, with a vibrate economic sector generating tonnes of revenue from snake farming, marijuana farming, and the sale of hyena testicles. He strongly expressed his concern and will to fight corruption by promising to hang all the corrupt individuals in his government.

“1000 hyenas have 2000 testicles. Chinese use hyena testicles as medicine. A testicle costs about Sh6 million. It is much more than ganja. We shall export the testicles. ” Stated  George Wajackoya

On snake farming, Wajackoyah project a net income of $1B per year from selling the venom overseas. On bhang farming Roots Party promised that it was able to earn each Kenyan a dividend of Ksh 200,000 per year based on the sample size of scale farming the size equated to Nyeri County.

Here is the 10point manifesto for the Roots Party of Kenya. 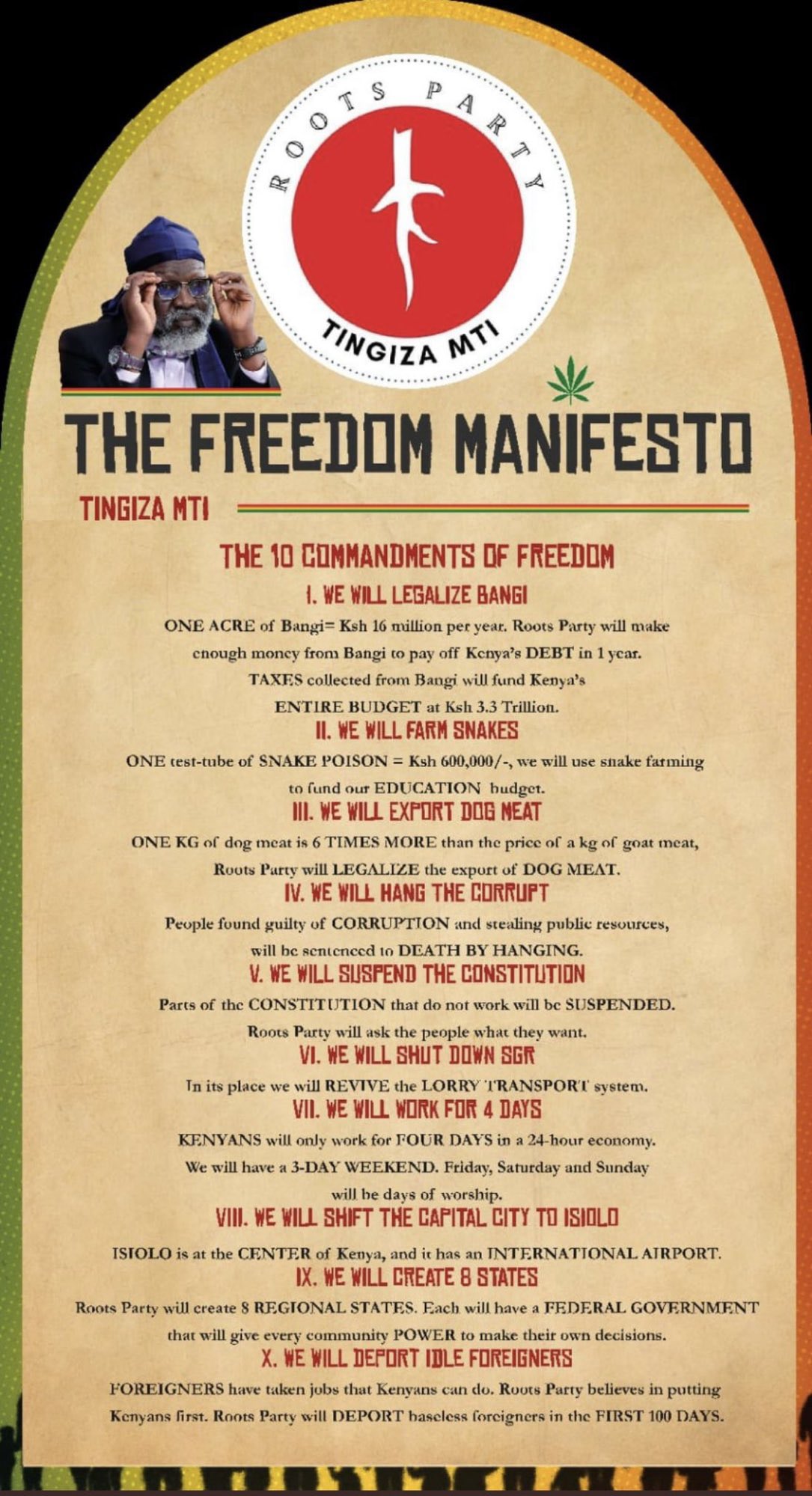 Moi University to lay off staff