The African recorder holder was full of spirit after an impressive run in the semi-final, where he recorded 10.7seconds defeating 2rd placed Emmanuel Eseme at the Alexandra Stadium in Birmingham. Kenyan Samuel Imeta finished fifth in the semi-final.

Omanyala continues making Kenyans proud with extraordinary performance in short races; Kenya is known for producing iconic figures in athletics over long distances over the years. 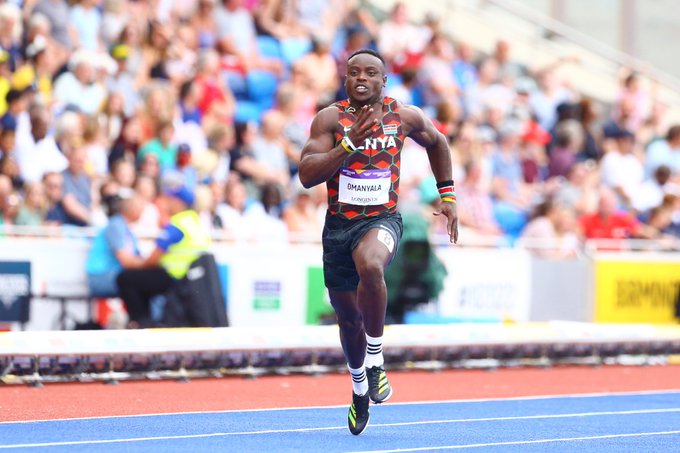 Omanyala comes back strongly after a failure at the Word Championship Athletics, where he failed to reach the final; the race came with challenges after the athlete had issues with Visas. The delayed preparation greatly affected the athelete performance in the US, but with the spirit of a beast, he has been able to bounce back; speaking before the Final, he expressed confidence in winning the Final Gold prize.