Confusion and panic have engulfed the Azimio-One Kenya camp after outgoing Kakamega Governor Wycliffe Oparanya’s Facebook account was allegedly hacked to show support for their opponent in the Kakamega gubernatorial contest.

The governor’s aides quickly rubbished the message by stating that the governor’s Facebook page was hacked by an unknown individual who has been dubbed to be from the opposing camping. 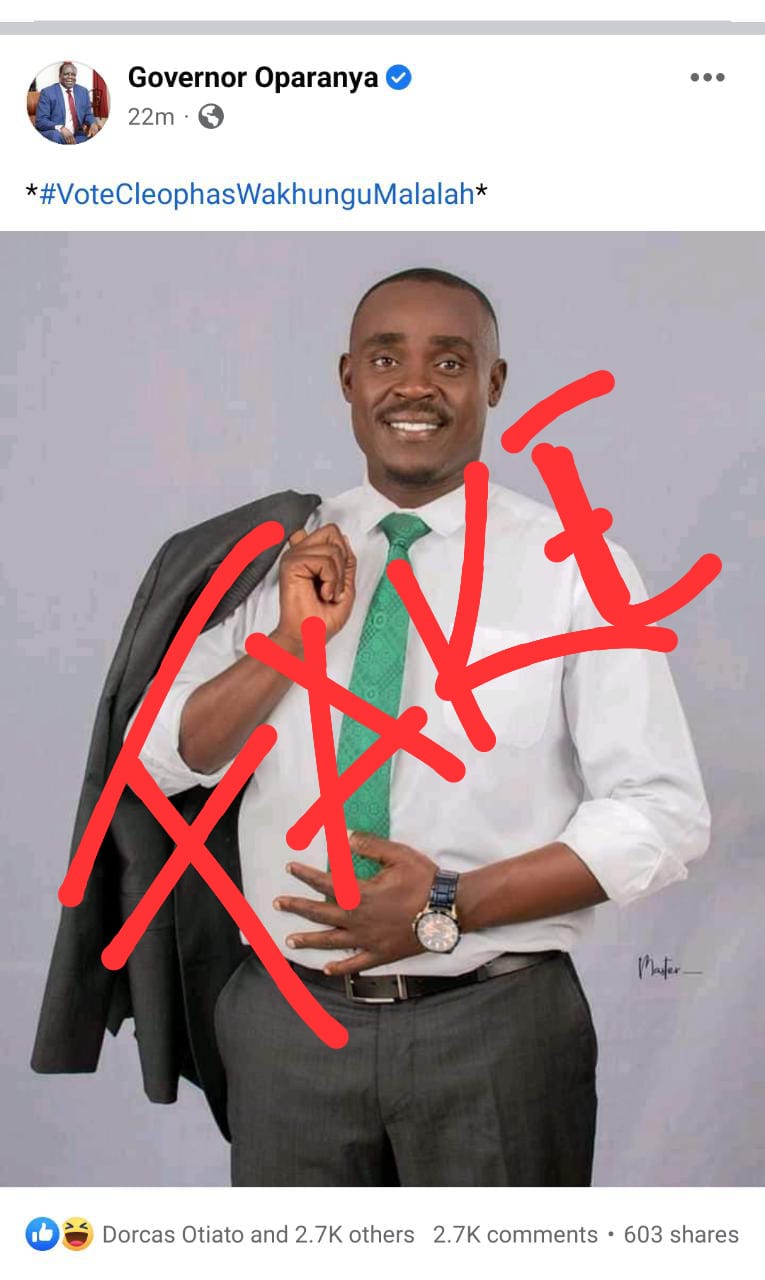 Governor Oparanya wrote on his Twitter page,  “This is to NOTIFY the general public that my Facebook page has been hacked by agents of doom. IGNORE any post on my Facebook page as we await @DCI_Kenyato handle the matter and restore it. Thank you.”

“WARNING:ODM DPL Wycliffe Ambetsa Oparanya has reported to me that his Facebook Account has been hacked. He therefore appeals to residents of Kakamega County, the ODM fraternity and the general public to ignore anything that is posted on the account that is contrary to his belief.”

The race for Kakamega top county job will see a tough race between Azimio candidate Fernandes Barasa and Kenya Kwanza’s Cleophas Malala, voting underway, the same contest taking place in Mombasa gubernatorial contest after postponement by IEBC during the General Election on 9th August 2022 due to error witnessed in printing the ballot papers.