ODM Party is undergoing a leadership crisis as some members have registered their disappointment over the key appointment made by the party leadership. Embakasi East MP Babu Owino  and Narok Senator Ledama Olekina have been vocal in revealing the wrangles in the party.

A bitter exchange has been witnessed between Babu Owino and fellow Lawmaker Homabay Town MP Peter Kaluma, who tried to reprimand the discontented Owino. On 22nd September, Babu Owino ranted on social media; he claimed he was shortchanged for the position of Parliamentary Accounts Committee(PAC) chairmanship for nominated MP John Mbadi.

Here is the root cause of the bitter exchange. 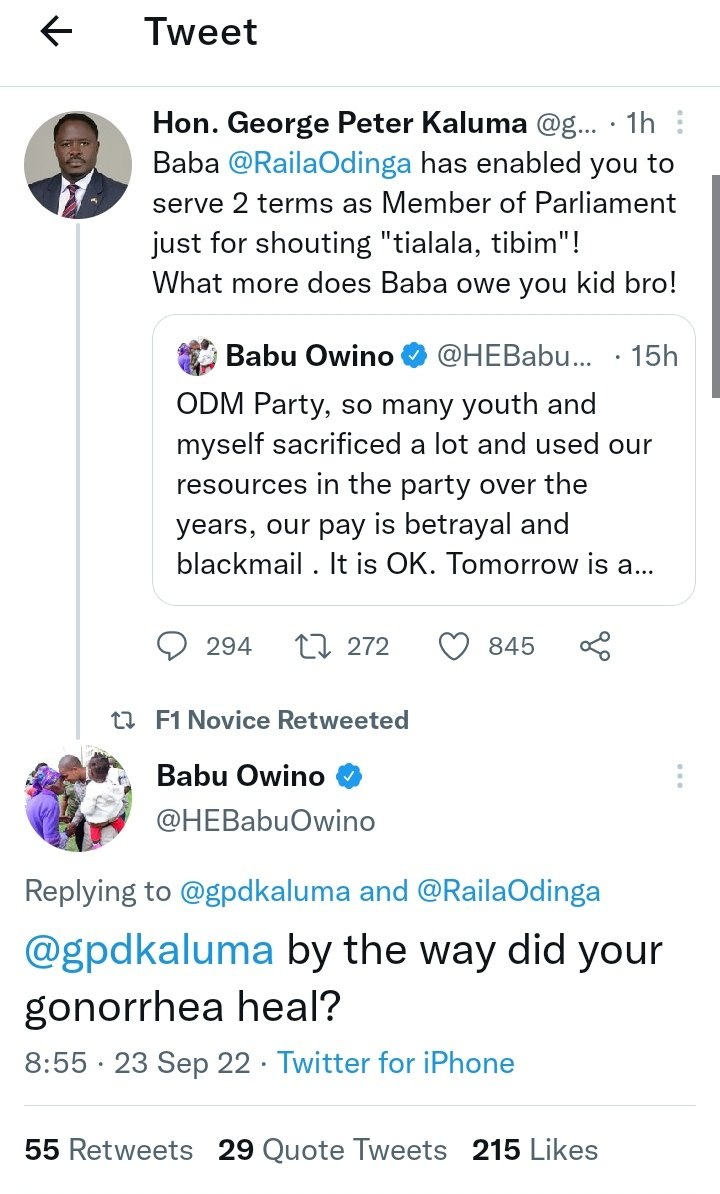 City lawyer Ahmednasir Abdullahi was one of the KOT, defending Babu Owino against  Kaluma attacks.

” personally know both Babu Owino and Kaluma Advocate. Babu is solid. Kaluma is a charlatan, a clown, a court jester!” stated Ahmednasir.

The war of mouth and the social media drama continued as Kaluma replied to Owino’s sensitive question.

“It will heal the day DJ Evolve will get up.”