The 35-year-old was iconic during his prime years at Chelsea and played a key role in winning some of the crucial trophies. While a blue the star was able to win, the Champions League, Premier League, Europa League ‘ F. A Cup  and League Cup

Ealier in the month, Ramires disclosed his tattoo in a tribute to his destined driver goals scored against Barcelona back in 2012. This crucial goal helped Chelsea to proceed to the finals and win the first-ever Champions League. 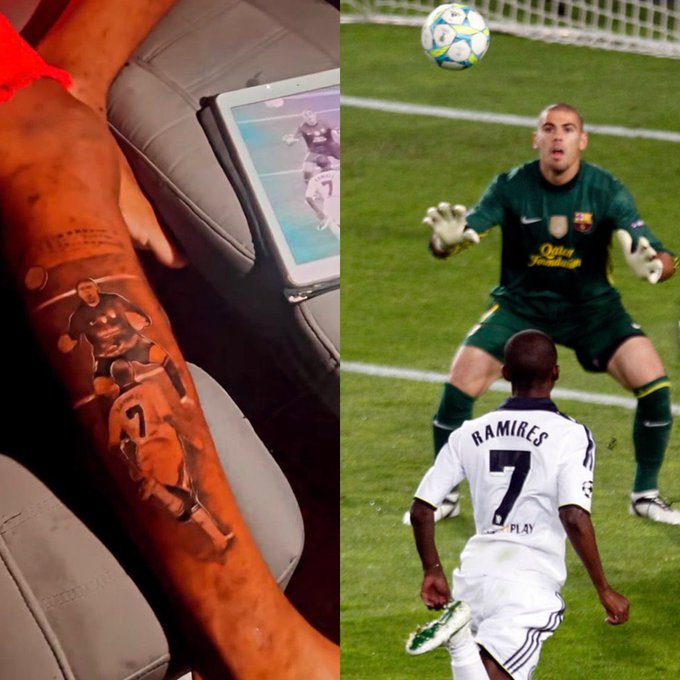 Here is the emotional message from Ramires as he retires from football.

“After some time of reflection, I would like to announce that I have decided to end my professional career. At this point, I can only thank God first for He has trained and led me to the highest levels that sport can offer. Thank you very much also to all the clubs I passed that were Joinville, Cruzeiro, Benfica, Chelsea, Jiangsu and Palmeiras. I will always carry you and your fans in my heart. Gratitude also to the Brazilian Football Team for having provided me with the pleasure of competing in two World Cups, which was the realization of a dream. Thankful also to all the teammates, staff, coaches and managers that I had the pleasure of working with. To my relatives, mother, children, brothers and true friends, thank you so much for being by my side unconditionally all these years, vibrating for each achievement of mine as if it were yours, which has always been my greatest strength and motivation. I’m going to go in other directions, but with the same happiness and courage I’ve had since I was a child, when, against all expectations, I left my city in the interior of Rio de Janeiro to win the world. Thanks for everything, football!

After some deep reflection on my part, I decided to inform you all that I’ve decided that my professional career will come to an end. All I have left now is to first thank God for enabling me to having had as high of a performance as it can be have in our beloved sport. Thank you very much to all clubs I’ve played for: Joinville, Cruzeiro, Benfica, Chelsea, Jiangsu e Palmeiras. I’ll always carry you and the fans in my heart. Also thanks to the Brazilian Football Squad for the honor of playing 2 World Cups, which was a dream come through.
I also need to thank to all teammates, club employees, coaches and managers that I had the pleasure of working with.
To my family, mother, sons, brothers and true friends throughout this journey, thank you very much for being by my side unconditionally during all these years, cheering for every win, every title and achievement as it was your own. You were always my biggest strength and motivation.
I’ll go on a different path but with the same happiness and courage, I’ve had since I was a child, when against all odds I left a small town in Rio De Janeiro to conquer the World.
Thanks for all, Football!” Ramires quoted.