It started with simple tweeting from Uganda President Museveni’s son Muhoozi Kainerugaba on voicing Kenya’s concluded elections. Muhoozi claimed that it was unfortunate that former President Uhuru Kenyatta did not stand up for the third term while poking fingers at Kenya’s rule of law and democracy.

Another tweet followed, which elicited mixed feelings among Kenya, shortly after Kenyans on Twitter started hurling insults and expressing their anger at the Ugandan general after he claimed that he and his army men would only take two weeks to capture Nairobi.

“It wouldn’t take us, my army and me, two weeks to capture Nairobi.

After our army captures Nairobi, where should I live? Westlands? Riverside?” Tweeted Muhoozi. 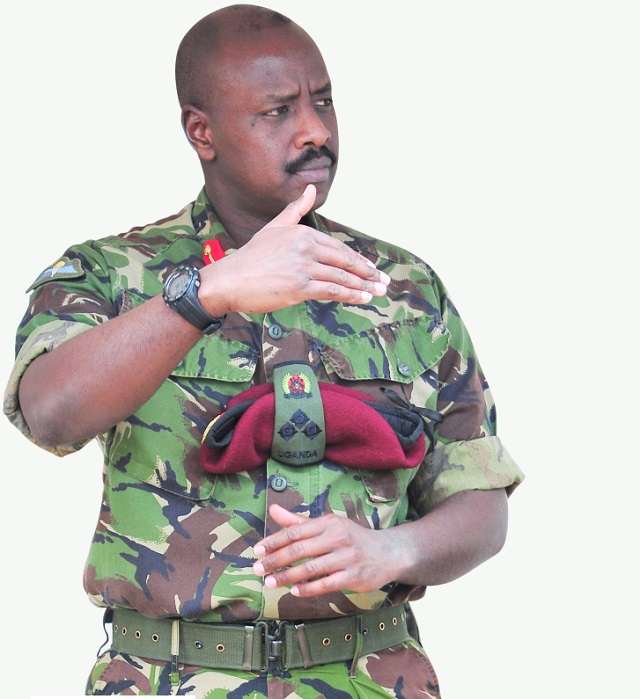 (Photo/Gen Muhoozi)
Muhoozi continues with a series of Tweets, which have not gone well with many citizens, with the core message it’s time they review colonial boundaries and East Africans to be able to unite. However, his statements have been of bad taste; after realizing he had provoked KOT, he admitted that he was scaring Kenyans a little bit.
Uganda opposition leader Bobi Wine who has undergone a lot of victimization under Museveni’s regime has expressed his opinion on the matter and stated that Kenyans can now understand what they experience in Uganda.
“Dear KENYANS, you now understand what it means to live in Uganda under Gen. Museveni and his son, whom he gifted the highest military ranks and put him in charge of our land forces! Sadly, beneath the senseless tweets lies a monster who brutalises and tortures our people for fun!” Bobi Wine posted.