The week and the showbiz industry have been busy and overwhelmed with juicy stories breaking the Internet. Here are the top stories of the week.

Vera Sidika has been trending for three days consecutively; this is after she made it to the public that she had undergone surgery to remove implants from her butts. The socialite attributed the move to the health risk she was facing; on the other side, her husband, Brown Mauzo, stated that he would miss her great figure, but his solidarity stands with her.

“Dear wife, I know this hasn’t been easy at all. I’ve been with you through the entire process and all I can say is that you are very strong lady. I’m so happy U found peace & acceptance & finally had the courage to come out and educate young girls. I your husband miss your killer figure so much but what i love and treasure is your personality & pure heart . I will love you more just the way you are….” Stated Brown Mauzo.

The NTV documentary on Mason tales was another shocker. Gor Mahia, the chairman, was the guest revealing some insights about the Freemason world.Netizens had mixed reactions on the topics, especially on the issue which is less given limelight in Kenya. 3: Mungai Eve and the police officer

Youtuber Mungai Eve hit the headlines on the better day on Tuesday after a GSU officer claimed that she once supported her before she vanished with fame. Later, the man was chasing clout with Eve’s name and apologized after the Youtbure vowed to involve the law after receiving defamation. 4:Amber and Rapudo are back together

After a rumoured breakup, lover birds Amber Ray and Kennedy Rapudo are back together. The two are currently on vacation in Lamu and can’t stop showing affection for each other.

“In the end, I will always come running back to you, not because I am weak, but because I fell in love with you. 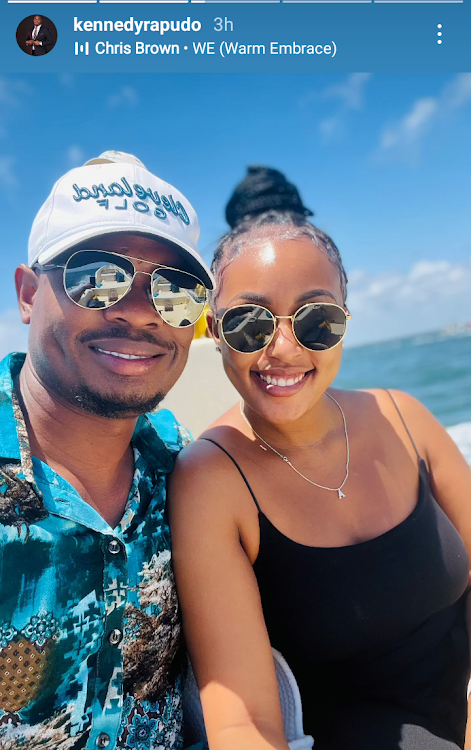 Nigeria star Terms has heartbroken Nairobi revellers after the announcement that he has cancelled his Nairobi tour due to unavoidable circumstances.

“Hey Kenya . Honestly, it’s quite heartbreaking to say this but I will not be able to perform at the Tukutane Festival due to circumstances beyond my control. I am as disappointed as you all are but I look forward to coming and giving you a show that you deserve. Love you all “Tems posted.