Kenyan Youtbuber Nicholas Kioko can be defined as the epitome of hard work, consistency and persistence for success. Kioko joins the list of content creators who have worked way up in the industry and their success did not dawn on a slaver plate.

The Youtuber space has created a generation of online media and many freelance journalists have gotten the opportunity to showcase their prowess in media. Kioko ranked with the likes of Mungai Eve, and Presenter Ali, among others. The content creator has specialized in streets interview and celebrity interviews.

Nicholas Kioko has not shied away from expressing her lover’s life; the Youtuber makes videos together with his Girlfriend Ashely Wambo, who he stated they met online through Instagram. 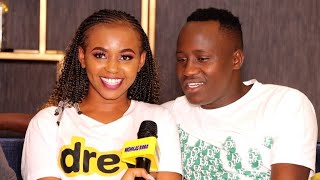 Kioko has also opened up on his rising challenges and his Youtube journey; the content creator who once hustled hardly in the streets of Nairobi has a hawker of women’s products. In one of the local interviews, the Youtuber stated that he could wake up at 4 am to do nail polish for female commuters on the Western Kenya Buses boarding stage. A job in which he admitted he was easy and faced a lot of discouragement while on duty.

After COVID in 2022, he becomes one of the fast-rising content creators on Youtuber, currently with over 300k subscribers, a journey of less than two years. Now, Kioko is making around ksh250,000 to Ksh700,000 per month on Youtube. He rewarded himself with a Nissan Note after hard work in the latest move. 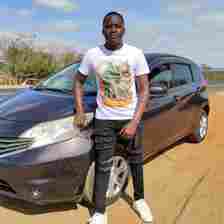