ODM Party leader Raila Odinga has vowed to go ahead with the plans for meetings and demonstrations scheduled to take place Wednesday 7th, at Kamukunji grounds ignoring the calls by the government to halt it.

“We know what they did, how they did it, and who helped them do it. We shall reveal all that shortly. Our meeting this coming Wednesday will proceed as planned. Tukutane Kamukunji. Asanteni Utawala.” stated Raila Odinga.

Mr. Odinga has hit on the current government for trying to interfere with the democracy of the country by removing the four Iebc commissioners commonly known as ‘Cherera four.’The four include Vice Chair Juliana Cherera, Commissioners Irene Masit, Justus Nyang’aya and Francis Wanderi. This is after the Parliament ordered their suspension and the president okayed a tribunal to inquire about their questioning on integrity in the recently concluded general election. 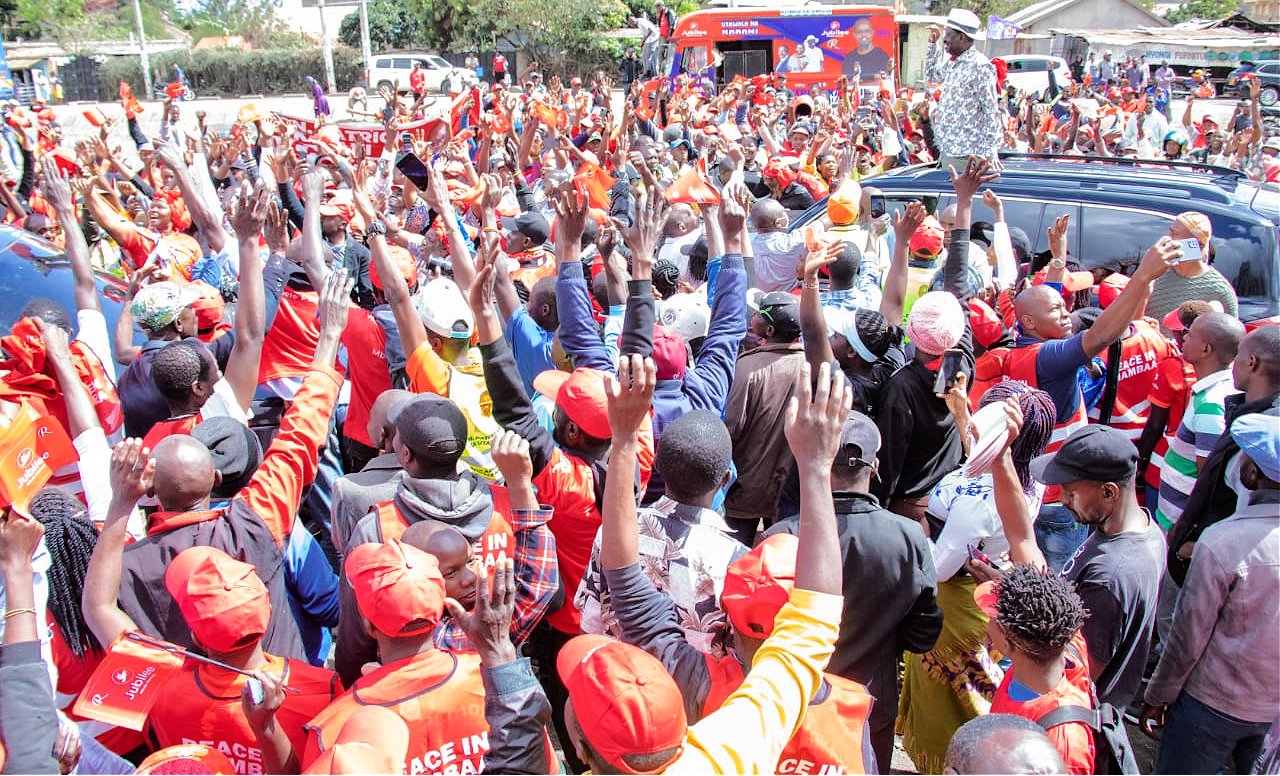 In the recent past, Opposition leader Raila Odinga and President William Ruto have now opened a new battlefront while trading war of mouth at each other, offering the status ‘Cherera four’ commissioners.

“We wish to remind Mr. Ruto that this country had a system like the one he is trying to reinvent. We fought that system. We brought down that system. We will do so to the one he is inventing now. We will bring it down. Let us all stand up for our country before it is too late. I raise these issues because I’ve witnessed a dictatorship emerge and bloom. I’ve witnessed self-proclaimed god-fearing leaders preside over the persecution, false prosecution and even murder of innocent Kenyans. I’ve witnessed an insecure regime run our economy to the ground.” Raila hit at Ruto.

In rejoinder, President William Ruto has issued a warning for the opposition over the demonstrations.

“Even with the system/deep state you LOST the election.STOP deluding yourself & LYING.The coup to OVERTURN the PEOPLE’S will using rogue commissioners,you are now threatening us with maandamano about,FAILED.Their guilt or innocence will be determined by TRIBUNAL.RULE of LAW it is.”

He continued, “I want to promise to the opposition, Kenya will not be the same. You will not blackmail this nation. You wil not threaten the people of Kenya. We are determined to move the country forward and you will not hold us back. “